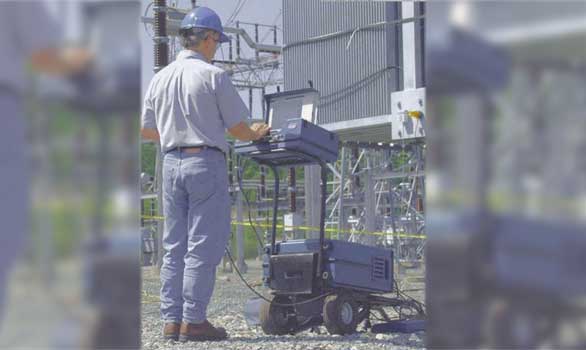 Testing power factor is a means of measuring the integrity of the insulation. Photo: Doble Engineering.

Most failures of electrical power equipment are the result of a breakdown in the insulation system. To keep failures at a minimum, periodic maintenance testing of the insulation is recommended to indicate whether it is deteriorating, and how fast.

Power factor tests are used to measure dielectric losses, which relate to the wetness, dryness or deterioration of electrical insulation.

Power factor is defined as the cosine of the phase angle between voltage and current. For an ideal insulation, the phase angle is 90°. In practice no insulation is ideal, but instead has a certain amount of loss, and the total current leads the voltage by a phase angle less than 90°

How is Power Factor Measured? 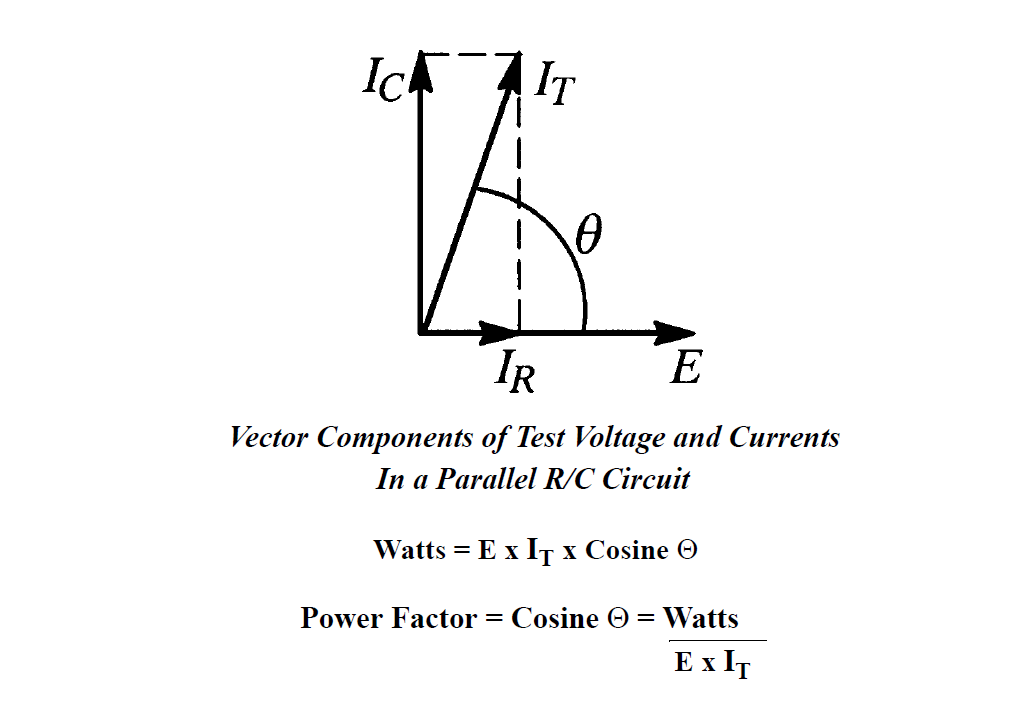 Testing power factor is a means of measuring the integrity of the insulation, since the smaller the power factor, the better the insulator. This is one of the best testing techniques for predictive and preventive maintenance.

Power factor testing also makes it possible to detect equipment insulation problems without making an internal visual inspection. The result is a significant decrease in maintenance cost and downtime.

When considering the three different modes of operation, it is important to understand which test leads are associated with each mode. Power factor test sets have four different leads for connecting to the device under test: 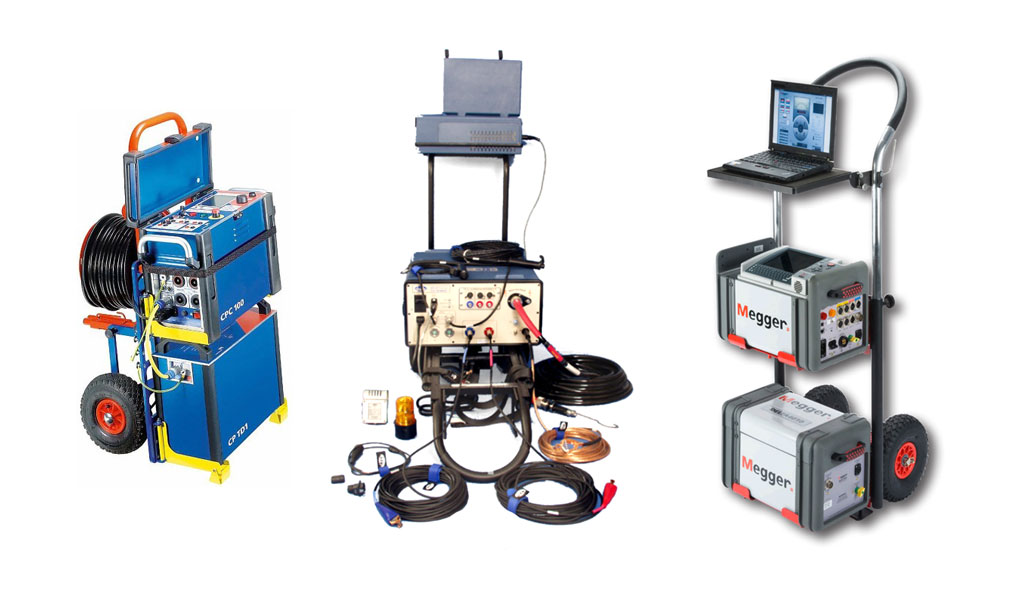 When you break it all down, it's really quite simple. There are two paths of leakage current returning to the test set, ground or guard.

When considering the three different modes of the power factor test set, it is important to understand which test leads are associated with each mode. Photo: Doble.

The GST Guard tests measures the total current leaking to ground only. The power factor test set ignores current flowing through the red or blue lead.

Inversely, in UST mode, ground is considered guard since grounded terminals are not measured. When the UST test is performed, the only current being measured by the test set is the current flowing on the red or blue lead. Any current flowing to a grounded terminal is bypassed directly to the AC source return and is eliminated from the measurement.

UST mode is used to measure insulation between two ungrounded terminals of the apparatus, isolate an individual section of insulation and test it without measuring other connected insulation.

In the last mode of operation, the GST mode, both leakage paths (ground lead and the red or blue lead) are measured by the test set. The current, watts loss, and capacitance parameters of the UST and GST Guard tests should equal the parameters in the GST test. This gives the overall condition or power factor of the test specimen.

If the sum of the UST and GST guarded parameters do not equal the GST parameters, then either the test set is malfunctioning or the test leads are configured incorrectly.