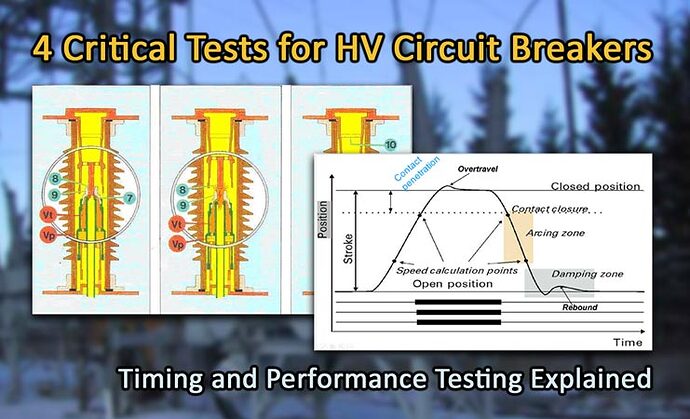 Circuit breakers are some of the most complex and critical mechanical components contained within the electrical power system. They are responsible for interrupting nominal and short circuit currents in addition to performing routine changes in the overall system configuration.

Various tests can be conducted on high voltage circuit breakers to evaluate the operational performance of their different internal components. Regardless of the breaker type - whether it be air blast, oil, vacuum, or gas - its important to test their components regularly to help ensure proper operation in case of a system fault or switching operation.

Circuit breakers are equipped with fixed and moving contacts that are housed within an arcing chamber. The moving contacts are actuated by the operating mechanism to quickly open or close the circuit. 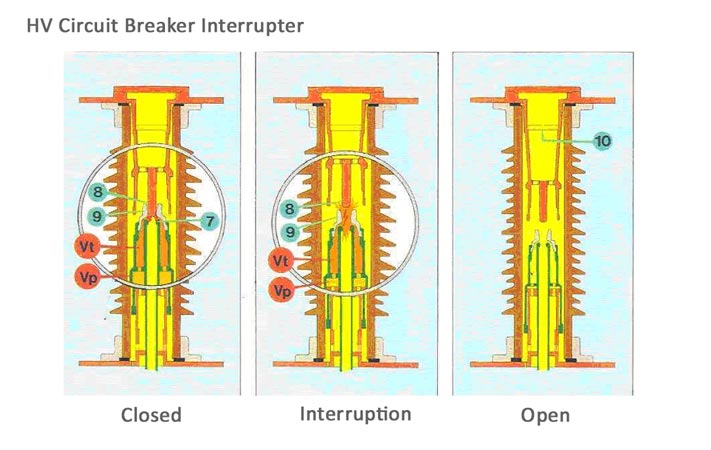 There are 6 timing tests that are typically performed on a circuit breaker:

The main goal of the contact timing test is to measure the exact instant that the contacts change state in addition to verifying the contact travel and speed in addition to identifying any contact discrepancies. In addition to contact separation, each contact pole should operate within 1/6th of a cycle between each other according to IEC 56 3.3.1. 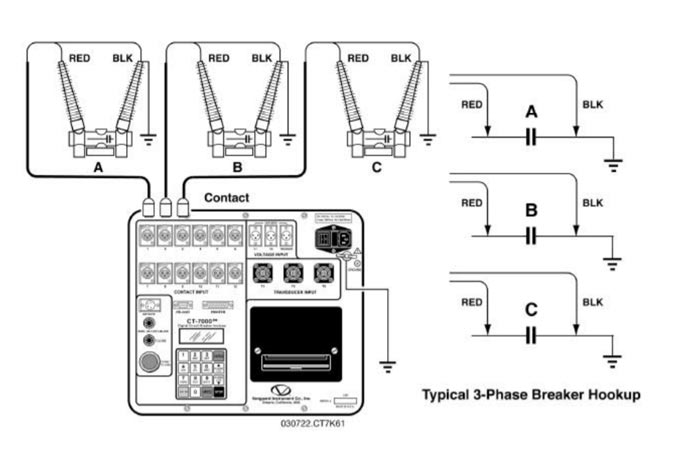 The measured values are compared with the manufacturers specified tolerance limits. Many times the commissioning or acceptance test are used as reference values. Any deviation from the referenced values can indicate what course of action is to be taken based on the proper analysis.

Motion tests are performed using a circuit breaker motion analyzer equipped with a transducer to check the operating mechanism stroke, velocity, damping, and over-travel against the manufacturer specifications. The recorded motion is presented as a curve displaying distance vs. time. 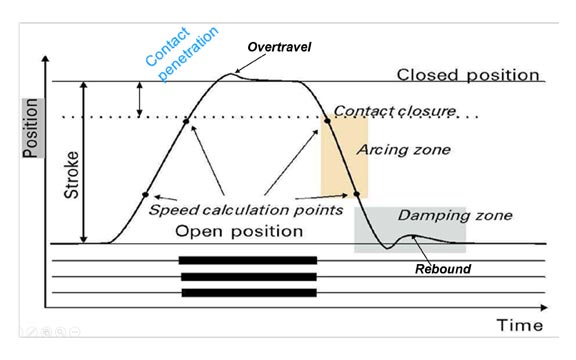 High voltage circuit breakers are designed to interrupt short-circuit currents at a very specific speed in order to prevent a voltage re-strike. Slower circuit breaker speeds can reduce the breaking capacity of the main contacts while faster speeds may cause mechanical damage to the damping components and cause excessive vibration.

The circuit breaker velocity or acceleration curve is calculated from the motion curve captured by the transducer connected to the moving part of the operating mechanism. From this curve, changes that may affect the circuit breakers mechanics become evident.

A circuit breaker is only as good as the system that controls its operation. Most modern circuit breakers are equipped with electronic coils that actuate mechanisms responsible for opening and closing the main contacts.

These control components are typically operated by substation batteries at low voltage levels and are susceptible to failure if not regularly checked for integrity. During a system fault, a small trip coil that fails to operate can result in catastrophic damage to the power grid in addition to necessary system outages as upstream devices work to clear the fault. 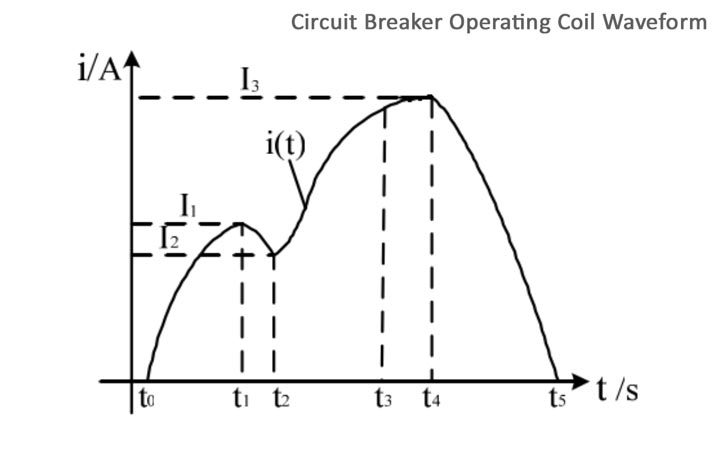 Circuit breaker control circuits can be tested by measuring the trip and close coil current, and the minimum pickup voltage. The measured values are compared with the manufacturer's specifications to ensure optimal performance.

The operating coil current waveform provides visual insight into the mechanical and electrical condition of the operating coils. Any significant changes from the baseline test signature should be further investigated.

Contact wear is an important factor that can affect the performance of a circuit breaker. High resistance between the contacts and contact pitting are prime examples.

A dynamic resistance test can be performed on the contacts and the resulting resistance chart is used to analyze the circuit breaker contact condition during operation. Tests are conducted by injecting DC current through the contact while measuring the voltage drop and current as the breaker is operated. 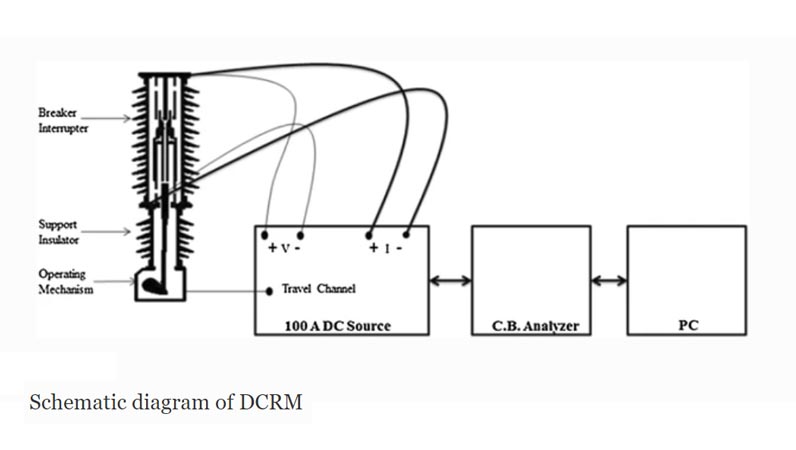 This method is used to diagnose circuit breaker contacts and may also be used to measure operating times. The DRM measurement allows for arcing contact length to be reliably estimated without the need for dismantling the circuit breaker.

With so many different styles of circuit breaker available, the tests described in this article only begins to scratch the surface of testing high voltage circuit breakers. Some other tests that can be performed on circuit breakers include: