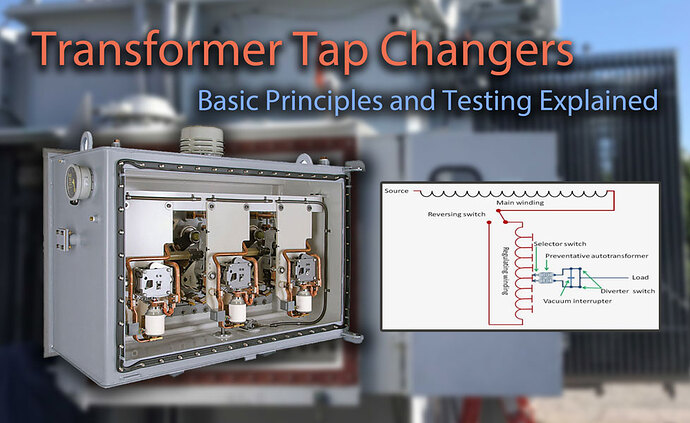 Electrical energy is unique in that it must constantly be produced at a rate that meets instantaneous demand. As a result, transformers must adapt to rapidly changing conditions on power grids by regulating their voltage output.

The easiest way to change the output of a transformer is by either changing its input voltage or by changing the number of turns in the windings. Tap changer switches provide an external means to accomplish this voltage adjustment. 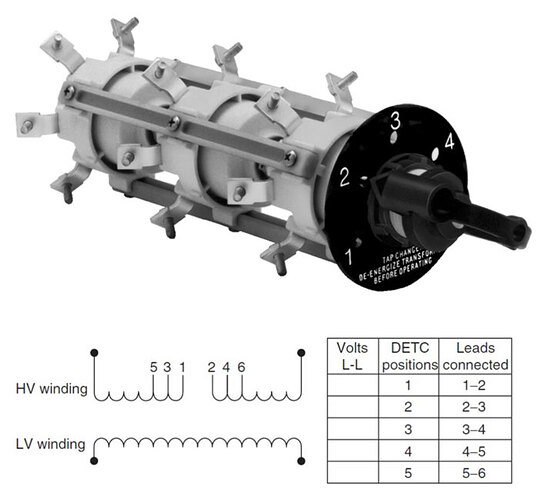 As the de-energized name implies, these voltage adjustments can only be made when the transformer windings are isolated because the switch is not designed or rated to interrupt high voltage electrical loads. Adjustments on a DETC are typically only made for seasonal weather changes and require an electrical outage.

The de-energized or off-load tap changer is normally mounted on the main transformer tank and is set to match the high voltage network supplying the transformer. It often has 5 positions (A,B,C,D,E, or 1,2,3,4,5). If a DETC is not exercised on a regular basis, there is increased risk that the switch contacts will not make properly when next moved.

In order for a transformer to accommodate various operating conditions at any given time, a different type of tap changer design is required. The On-Load Tap Changer (OLTC or LTC) is designed to change positions several times a day to compensate for daily shifts in load conditions, without interrupting the nominal output power supply. 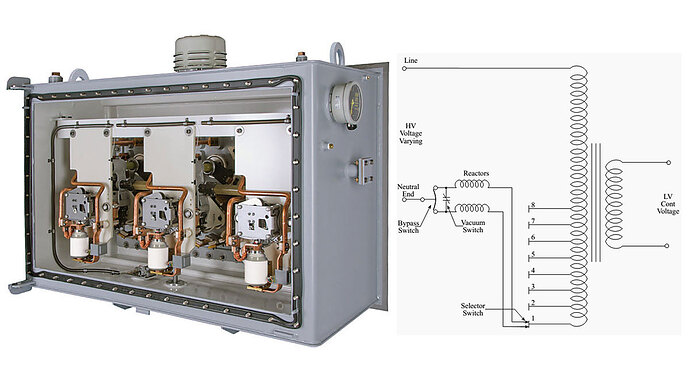 LTCs can be internal to the main tank or contained within a separate, sealed liquid filled compartment with feed though tap connections located on the rear panel. Externally mounted load-tap changers are typically welded around a cutout on the transformer tank where tap connections are made to a regulator winding that is connected in series with the transformer low voltage winding.

Control circuitry allows for operators to determine the need for a raised or lowered tap change operation to maintain output voltage. Selector switches allow for changing the physical tap position on the transformer’s regulating windings but they do not make or break the circuit load current.

On load tap changers may be generally classified as either mechanical, electronically assisted, or fully electronic. 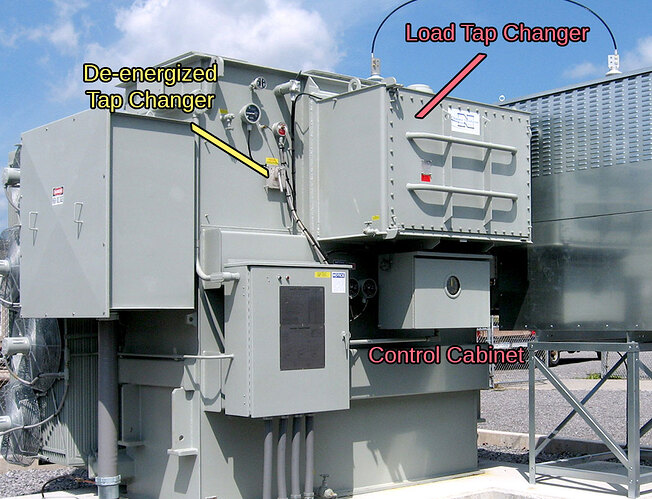 A mechanical tap changer physically makes the new connection before releasing the previous by using multiple tap selector switches. High circulating currents are avoided by using a diverter switch to temporarily place a large impedance in series with the short-circuited turns.

A high speed resistive type OLTC uses a resistor pair to absorb energy and does not use the bridging position as a service position. In a resistance type tap changer, the change to another tap must be made quickly to avoid overheating of the diverter circuit. 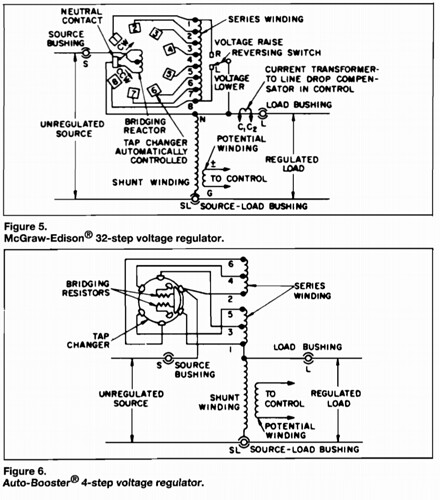 Since the load current must never be interrupted during a tap change, there is an interval where two voltage taps are spanned. The PA (also known as bridging a reactor) is used in the circuit to increase the impedance of the selector circuit and limit the amount of current circulating due to this voltage difference.

A standard 32 step LTC is comprised of 16 raise positions and 16 lower positions. The physical taps are located on a regulating winding within the main transformer tank which is connected in series with the main winding via a reversing switch.

Voltage is increased or decreased by movable contacts which use a “stepping” action to move from one connection to the next to add or subtract turns on the regulating winding. The raise or lower mode is dependent on the polarity on the connection through the switch.

Tap changers have historically been one of the top causes of transformer failures. Faults in OLTC’s can be classified as dielectric failures (oil quality or insulation related), thermal failures (due to poor terminations), or mechanical failures (contact wear, misalignment, sheared linkage, lubrication problems, etc).

Routine inspection and maintenance of load tap changers is the best defense against premature failure when performed at regular intervals. Analysis of the tap changer insulating fluid can help detect overheating and excessive arcing without the need for internal inspection.

Electrical tests can be performed on tap changer components to compliment oil analysis and further detect problems that might not show up with just an oil test.

Exciting current tests are able to detect a large number of transformer tap changer problems in both de-energized and on-load tap changers. Mechanical issues such as misalignment, contact wear, loose connections, open- or short-circuited turns and much more.

DC winding resistance is a useful test for detecting potential problems with the current carrying path of a transformer circuit. It can find loose electrical connections and identify partial open-circuited conditions simply by applying a known DC current and measuring the voltage drop between each test point.

Dynamic winding resistance is another test that measures DC current and resistance as a function of time as the OLTC changes tap position. This test is best used to identify potential problems with the diverter circuit or transition resistors of an OLTC during operation.

The turns ratio of each tap should also be checked when measuring the ratio of the main transformer windings. When performing Sweep frequency response analysis (SFRA) on transformers, the mechanical integrity of the tap windings and their leads are included with the mid- to upper-frequency ranges.

How often a tap changer is inspected and tested will vary depending on environmental and physical conditions of the equipment, including how critical the tap changer and associated transformer is in relation to the overall power system. Because tap changers are mechanical devices, its recommended that an oil sample be taken each year and electrical testing be performed at least every two years.