Where does the United States get most of its electrical supply? Recent data shows the largest sources of electricity by state are still natural gas, coal, and nuclear.

Coal is still a primary driver in fifteen states, which accounts for 22% nationally. Nuclear power is most prevalent in just a handful of states, accounting for 19%, while renewables such as wind accounted for 9%. 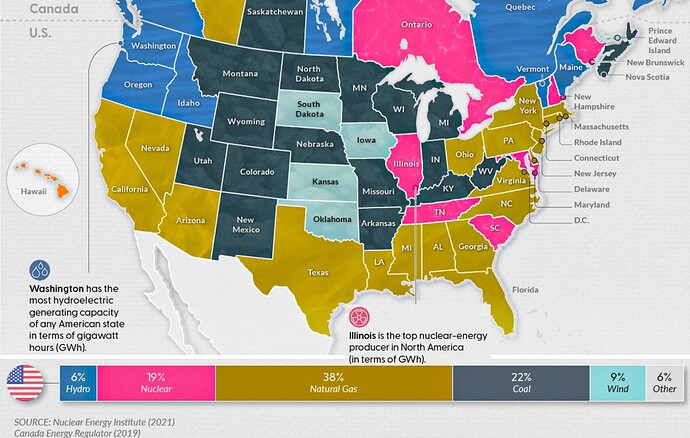 Natural gas leads the pack at 38% of total generation, with several states such as Rhode Island, Delaware, and Massachusetts all consuming greater than 75% natural gas, as measured on a Gwh basis.

Clean energy sources like wind power are dominating in places South Dakota, Iowa, Kansas, and Oklahoma. Nearly 40% of all electricity generated in Texas came from wind, nuclear, and solar. 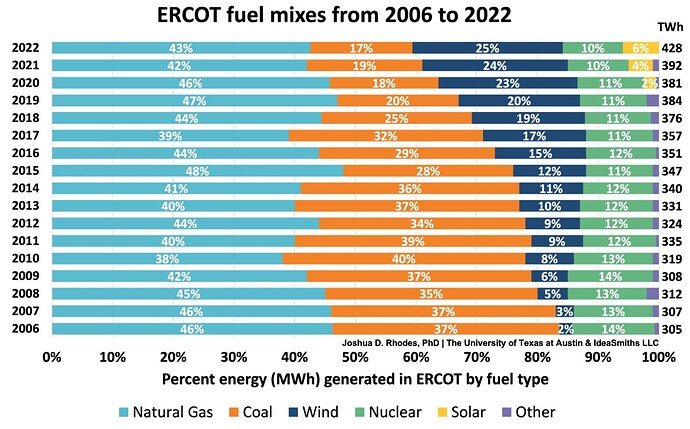 Numbers from ERCOT, visualized by Joshua D. Rhodes, shows a steady increase of Wind generation in Texas, along with a large reduction in coal reliance. Natural gas has remained steady in the 40% range since 2006.

How long until renewables become the dominate source or electricity? It will be interesting to see how these number change over the next 5-10 years as the energy transformation continues.