Dissolved gas analysis (DGA) is the study of gas content in transformer oil. When a transformer is subjected to abnormal thermal conditions and electrical stresses, certain gases are produced due to the decomposition of the insulating fluid. By observing the composition of different gasses present in the oil, lab technicians can accurately predict the internal condition of the transformer. 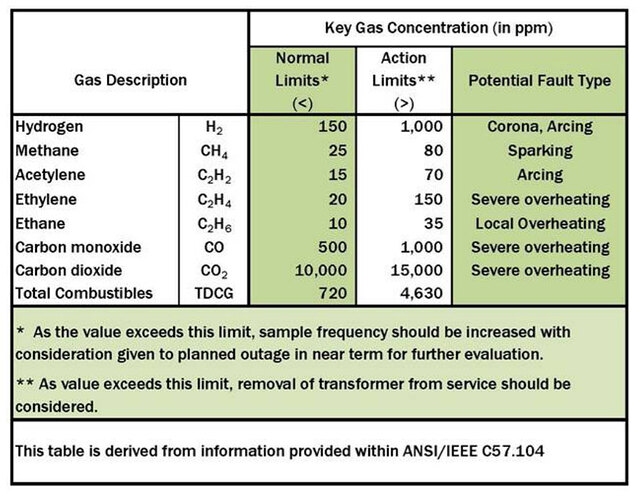