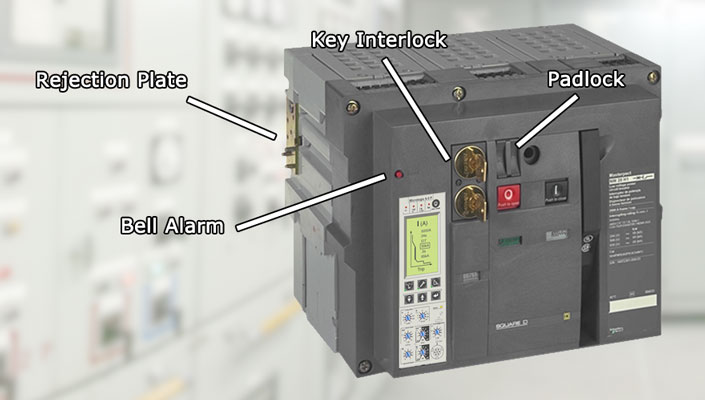 Drawout circuit breakers are equipped with safety interlock devices that are required by various Industry Standards and Certifying Authorities. Interlock systems are an integral part of keeping qualified personnel safe and protecting equipment from catastrophic damage.

When servicing circuit breakers during routine maintenance, all interlocks should be operated to confirm that they function as required. Caution must be taken to ensure that any interlock lever is not bent and caused not to function.

The standard interlock devices described below are used only on drawout breakers, as stationary or fixed breakers have no required interlocks. Interlock devices for special circuit breaker applications are also available as options.

Rejection hardware works to prevent the insertion of circuit breakers with an inadequate interrupting capability, physically incompatible primary disconnects or an incompatible phase sequence, rejection interlock key plates are provided on both the circuit breaker and cassette Photo: Square D.

The function of the racking mechanism interlock is to prevent the breaker from moving from the connection position before the breaker is in the open position. This interlock is usually a simple cover that must be moved aside to gain access to the drive shaft. 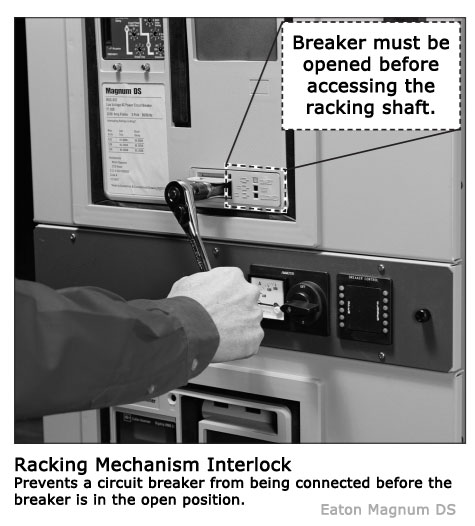 Racking interlocks prevent a circuit breaker from being connected to energized bus in the closed position. Photo: EATON Magnum DS.

With the trip button held in, the breaker will be kept in a trip-free state so a mechanism closing cycle will not cause contact movement especially when the breaker is being racked in or out. Always use the correct racking mechanism wrench for racking a circuit breaker in or out, otherwise the trip-free interlock feature may not function.

The function of the Disconnect Position Interlock is to block the racking screw cover open when the racking mechanism is in the disconnected position.

When the cover is held open, the TRIP button is depressed. The mechanism is held trip-free and there is no contact arm movement when the closing spring is charged by the Closing Spring Interlock.

The racking mechanism arms and the crank are connected to a common shaft. As the breaker is racked out, a pin attached to the crank moves through a slot in the mechanism linkage. The linkage is connected to a lever that engages with a pin on the closing solenoid armature linkage.

Note: Unnecessary force on the racking handle at the fully racked out position may cause the lever to bind up the overall interlock. Under these conditions, continued application of this force will deform the linkage assembly.

As the breaker moves between the connected and test positions, the positive interlock engaged with a ramp cam located in the breaker cubicle. This cam raises the interlock lever assembly causing the trip shaft to rotate and prevent the trip latch from engaging with the secondary latch assembly roller. The breaker is held trip-free and cannot be closed during this interval.

Provisions are made on all circuit breakers to use padlocks to prevent the breaker from being closed. Padlock shackles are usually found through the trip button or racking screw cover. In either case, the shackle holds the trip button keeping the mechanism trip-free. 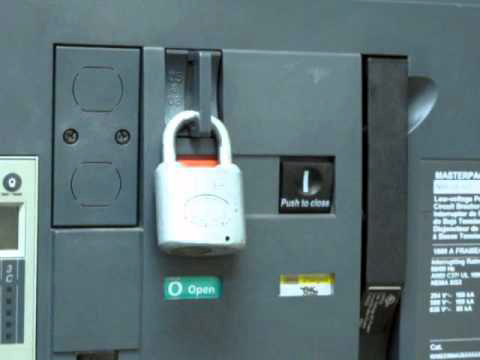 Optional interlocks include key interlocks and door interlocks. The function of the key interlock is to prevent an open breaker from being closed when the lock bolt is extended and its key is removed. 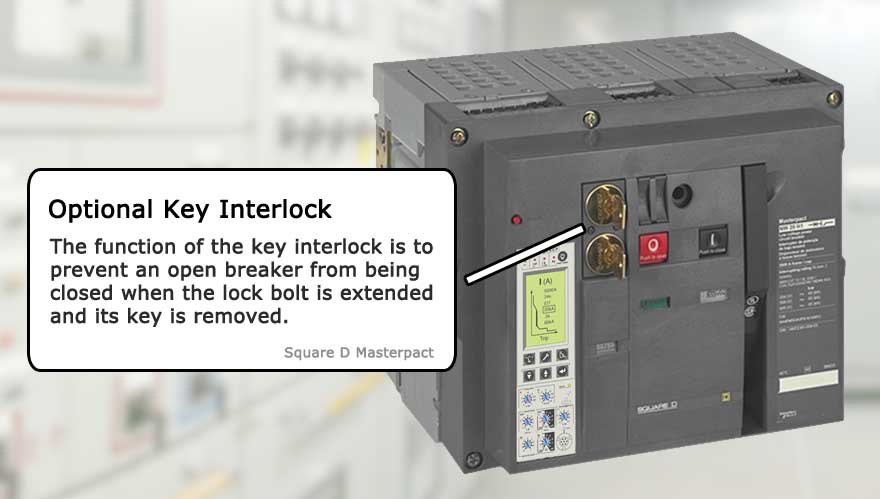 Door interlocks prevents the breaker compartment door from being opened. On drawout breakers, these devices are mounted in the equipment and are part of the circuit breaker enclosure.

A lever assembly is mounted on each breaker that interfaces with the pole shaft and the tripper bar. The lever assemblies are interconnected with either cables or rods, depending upon the relative orientation of the breakers. 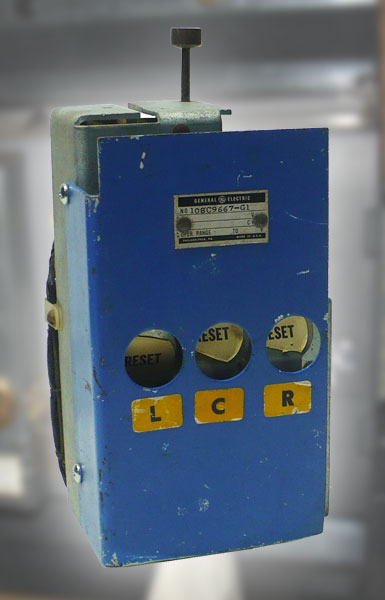 The blown fuse indicator, located on the front of the circuit breaker, provides a visual indication when a current limiter in any phase has interrupted a short circuit. In addition, a blown limiter sensing circuit insures that a circuit breaker will be tripped when any current limiter has blown, preventing single phasing.

This module also provides a switch to remotely indicate that the circuit breaker has tripped. In addition to activation by protection trips, the Bell Alarm with Lockout accessory can be set up to interact with other accessories, such as a Shunt Trip or Undervoltage Release coils. 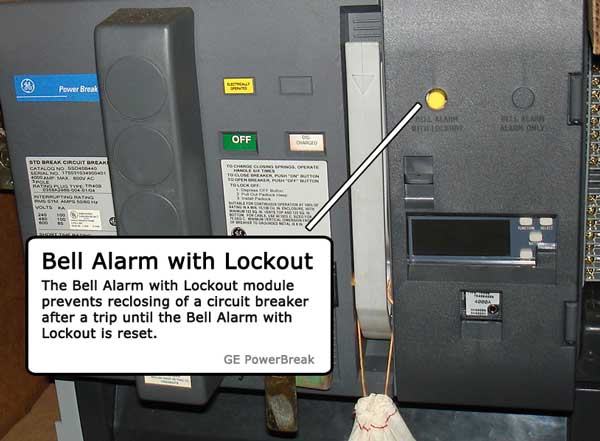